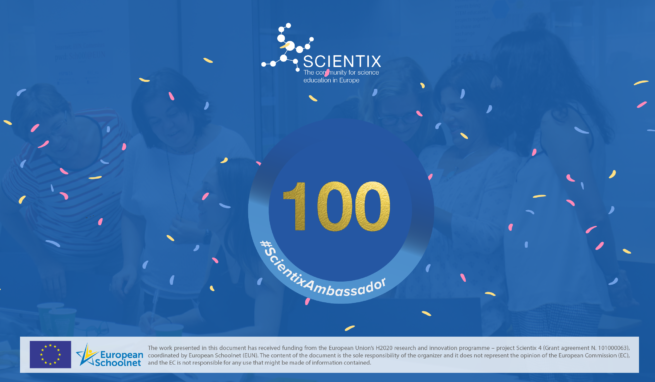 The #ScientixAmbassadorVisibilityCampaign aims to promote and give visibility to all Scientix Ambassadors on social media. How? Through testimonials made with a quote (up to 220 characters) and a picture (plain background and half-length shot) sent by the Scientix Ambassadors themselves. The quotes aim at communicating the impact that being a Scientix Ambassador has brought, or will bring, to participants’ professional life. Being focused on networking opportunities, access to resources, training events and much more, the quotes tend to show how proud Scientix Ambassadors are in their role. Among them, we can find many interesting educational insights – on the combination of STEM and non-STEM subjects, for example – and references on the importance of STEM education for students’ future.

So far, the Campaign has been very well received. It has brought out the passion of many Scientix Ambassadors who have often supported one another, and it has fostered a sense of community among them. To celebrate this first milestone, we are now thinking of creating an additional type of content, more ‘group’ and social media-specific.