As part of European Code Week 2018, DigEd organized and event under the name “Say yes to coding“. Around 80 students from 4 different primary schools participated in the activity. The schools are: Primary school “Strasho Pindjur” – Negotino, “Krste Misirkov” – SKopje, “Panajot Ginovski” = Stajkovci and “Kiril i Metodij” – Skopje. Leading teachers in theses activities were Maja Videnovic, Gjorgjina Dimova and Blagorodna Sotirov. Description of the event on CodeWeek Map can be found at the following link.

The main aim of the event was to promote programming with the Microbit.

At the beginning students were introduced with the Micro:bit devices, the way of using them and the ability to be used in different subjects. Students were introduced with the opportunity to use Microbit devices as a tool for learning to code. First steps for learning to code were made with the teacher and after that students search on their own different area where Microbit can be used and different characteristics of this device. Students were motivated, excited and thrilled because they managed to program the device on their own and to write programs that actually work. Discussions about using Microbit for coding in different subjects raised students’ interest and motivation for learning. Critical thinking and problem solving of different problems in everyday life showed the students that coding can be interesting and playful. 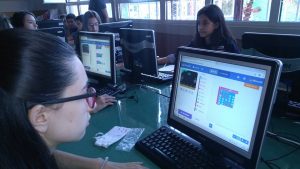 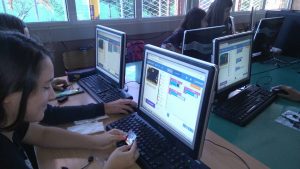 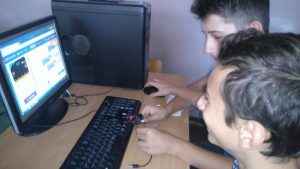 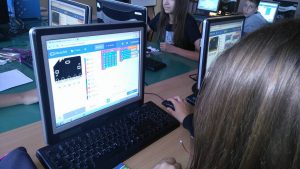 In order to show the connection of micro:bit with other subjects that students learn in school, the subject that students like the most – physical education, was chosen. Students were devided in groups and they had to write a code that will count the number of steps during run in some match. By using Microbit devices in real situation they will count which player has run the most. The code was not very difficult to be written: 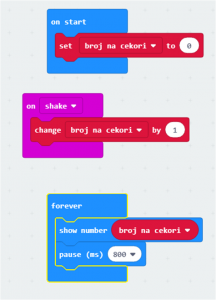 After writing the code, students put devices on their hands or legs (depending on physical activity) and the fun was there. Students played games, enjoyed a lot and were impatient to see the results of their coding. Connection between two most favorite subjects in school – ICT and sport was achieved. At the same time different 21st century skills were achieved and long-lasting knowledge and skills about using coding in different subjects was obtained. 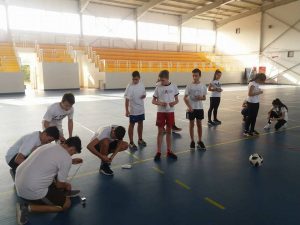 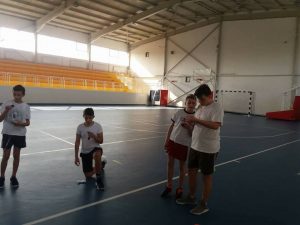 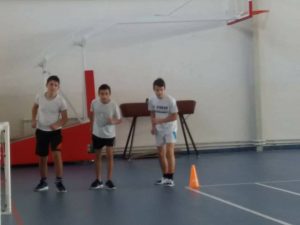 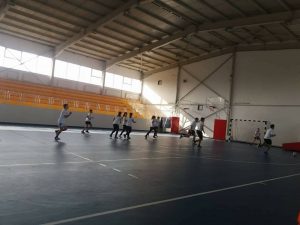 Do you want to join us? Use this Lesson plan