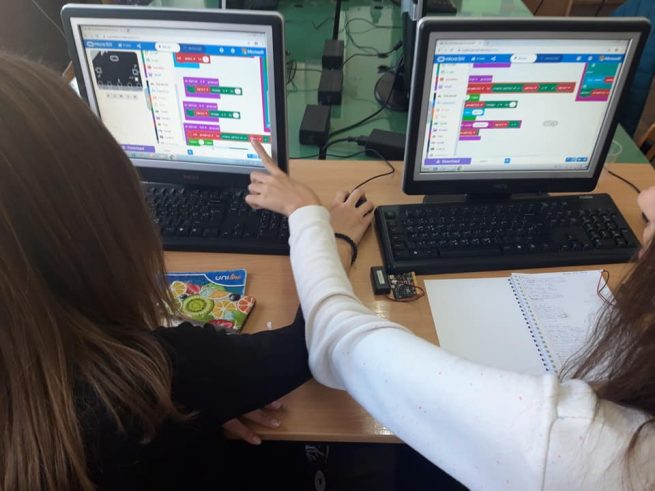 Center for innovation and digital education Dig-Ed organized an event during the CodeWeek – Let’s code games. Its organization was supported by Meet and code initiative. This event was part of the action: Diversity. Meet and code is organized and supported by SAP, Haus des Stiftens gGmbH, TechSoup Europe and Metamorphosis in Macedonia.

The event took place in two primary schools in North Macedonia, “Krste Misirkov” in Skopje and “Strasho Pindzur” in Negotino. Around 40 students from 11 to 14 years has participated in it. The event itself consists of three workshops, taking place on 07.10.2019, 14.10.2019 and 16.10.2019. Teachers: Gjorgjina Dimova and Maja Videnovich.

It idea of the event was to empower students skills for creating games using Micro:bit regardless their gender, nationality, social and economical status etc. They all had different background but one thing was common: interest for creating and playing game.

During the first workshop students were introduced with Micro:bit, it’s possibilities, how to code and how to make a connection between two devices. 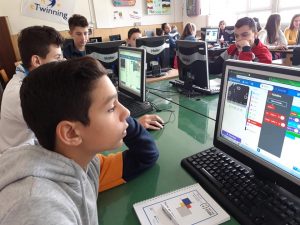 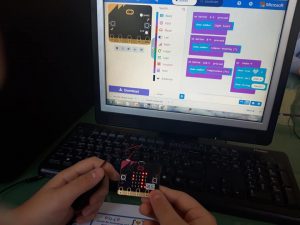 On the second workshop students started to code a simple game using variables, plot dots and conditional structures. They enjoyed playing it. 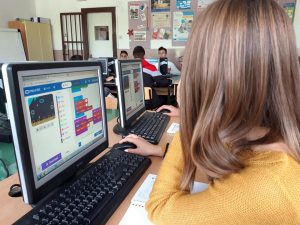 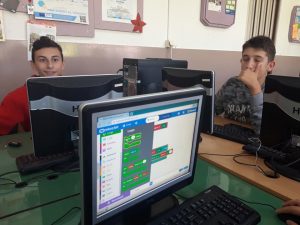 The third workshop was dedicated to creation of games that use two player approach. They have improved previous created game, and were very satisfied that their game worked.  Students played, competed and love the activity. 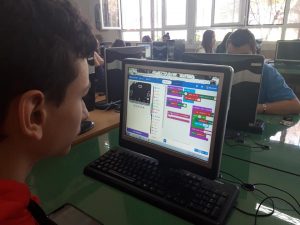 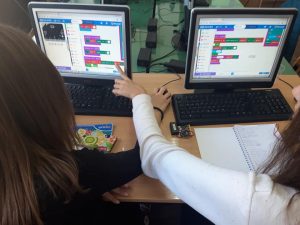 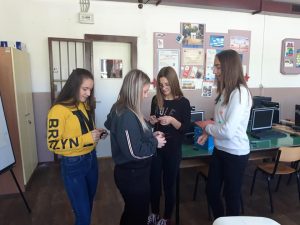 All students actively participated in the event regardless their background. They have shown once more that with communication and collaboration everything can be done successfully. After the event students were asking when another event is going to be organized because they love the activity and would like to create more games (they even had their own ideas).